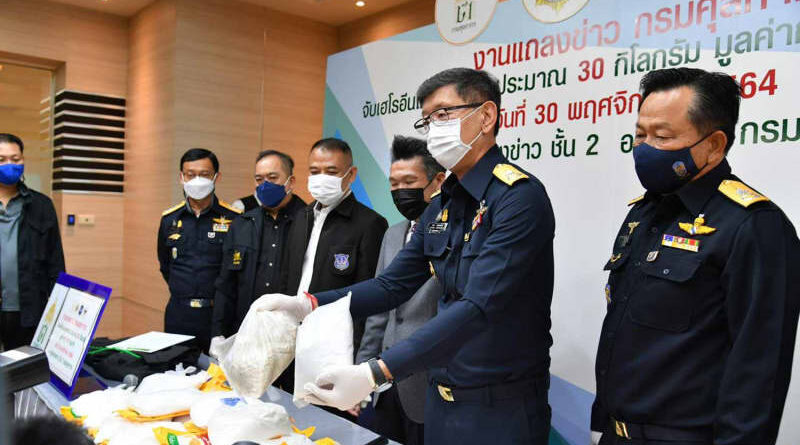 Two Pakistani men were arrested after heroin and ketamine worth about 95 million baht were found hidden inside packets of powdered tea in their bags when they arrived at Suvarnabhumi airport. Customs Department director-general Patchara Anuntasilpa and representatives of the Office of the Narcotics Control Board and the Narcotics Suppression Bureau announced the arrests on Tuesday. The arrested men were aged aged 26 and 35 years. Their names were withheld. They had travelled from Jinnah International Airport in Karachi via Dubai International Airport to Thailand on an Emirates flight that land…